The project is located approximately 30 km east of the regional township of Norseman within the high-grade metamorphic Albany-Fraser Province.

Viking is located in the highly prospective Albany-Fraser Province, host to the world-class Tropicana Gold Mine which has produced over 3Moz since 2013. At Viking, a significant amount of systematic surface geochemistry and drilling has been completed across the Beaker (1, 2, 3 and 4) prospects, by both AngloGold Ashanti and Genesis Minerals.

Significant gold mineralisation has been returned on the project with a relatively small amount of follow-up drilling completed at depth surrounding these intersections. These will be the focus for follow-up exploration drilling which will target down dip and potential down-plunge extensions to the existing oxide gold intercepts. 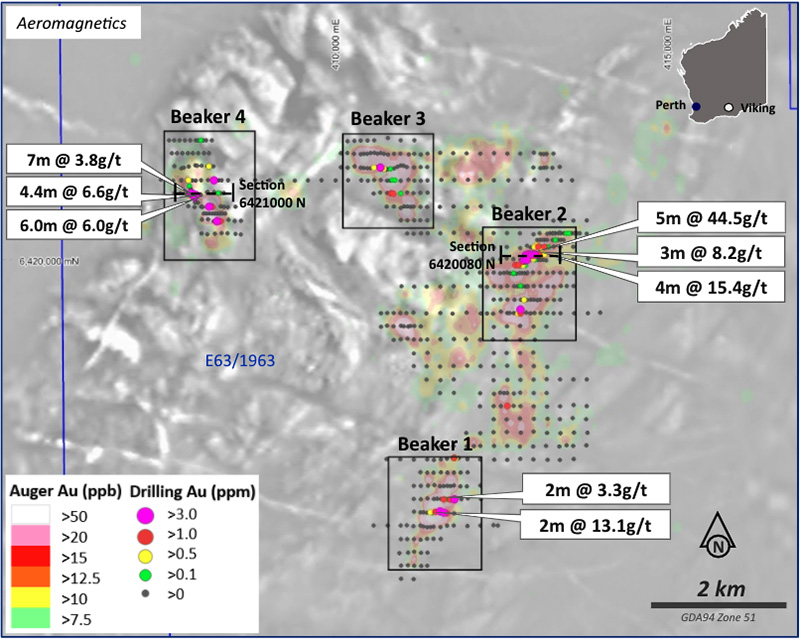 Figure 1. Drilling results to date at the Beaker Prospects at Viking, WA. 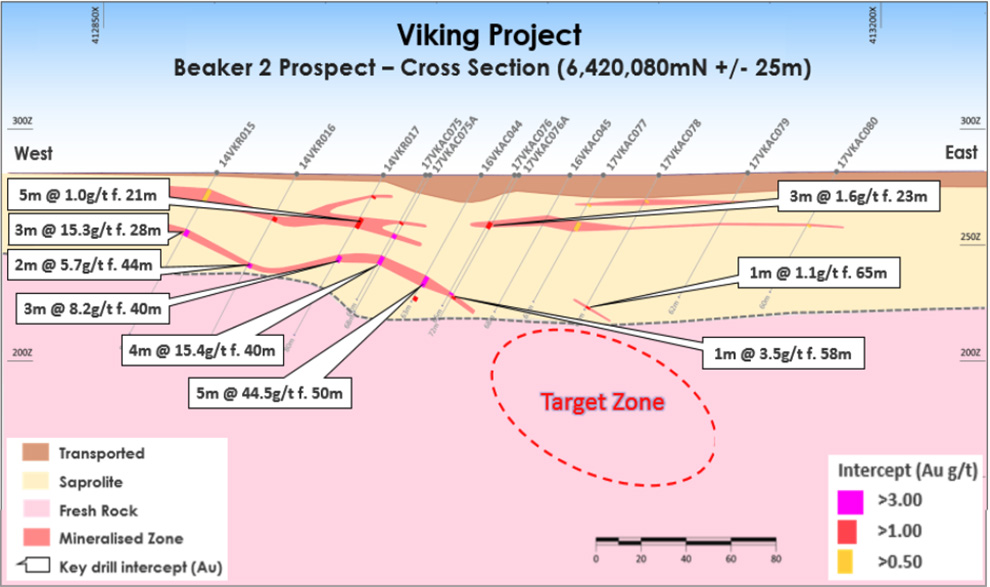 Get the Latest Updates from
Falcon Metals